ABSTRACT: In this colloquium, I will discuss the role of quantum correlations in the heat exchange of multipartite quantum systems from the perspective of fluctuation theorems. The discovery of the fluctuation theorems is a milestone in thermodynamics of nanoscale, which has a compact equality, from which the fundamental principles in the thermodynamics can be derived, such as second laws of thermodynamics and response theory. Recent development in quantum information also has led to breakthroughs in understanding the role of quantum correlations in various quantum protocols, such as quantum computing, quantum communications, and quantum sensing. In this colloquium, we particularly focus on the thermodynamic protocols in the quantum systems, and explore the role of quantum correlations in the heat exchange. The fluctuation theorems dealing with the heat exchange in the quantum systems is called quantum exchange fluctuation theorems, which were studied for the bipartite system in a weak coupling regime. In this colloquium, I will present a generalized quantum exchange fluctuation theorem for multipartite system with arbitrary coupling strength, which can be derived by considering so-called one-time measurement scheme, in which the heat distribution is constructed by considering the average energy conditioned on the first projection measurement on the quantum systems, which are initially prepared in an uncorrelated thermal equilibrium state. This generalized quantum fluctuation theorem yields a lower bound tighter than the Clausius bound, which is characterized by the quantum mutual information of a thermal state conditioned on the initial energy measurement outcome. These results elucidate the role of quantum correlations in the heat exchange in the most general scenario. 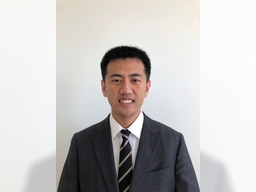