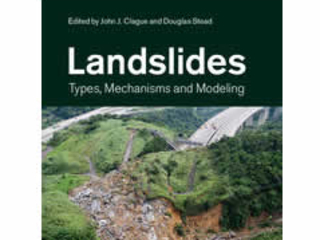 Our knowledge of the terrestrial planets, Mercury, Venus, and Mars, the gaseous giants Jupiter and Saturn, the ice giants Uranus and Neptune, and asteroids has been informed by flyby, orbiter, penetrometer, lander, and rover missions plus Earth-based and near-Earth orbit telescopes. To date, there have been 2 missions to Mercury, 12 to Venus and Mars respectively, 5 to Jupiter and the Galilean satellites, 3 to Saturn and its satellites, 1 to Uranus and Neptune with their respective satellites, and 89 missions to the Moon. A recent focus has been the study of asteroids, and there have been four missions to date for this purpose.

These missions have carried sensors designed to obtain data over the range of the electromagnetic spectrum best suited to local conditions. Using data from these sensors as well as from Earth-based telescopes, researchers have identified features with the characteristics of mass-movement deposits on the planetary surfaces of Venus, Mars, and Mercury, and on the Martian moons of Phobos and Diemos, the Moon, the moons Io, Ganymede, Callisto, and Europa orbiting Jupiter, Iapetus orbiting Saturn, and the asteroids of 433 Eros, 253 Mathilde, 951 Gaspra, 243 Ida, and 25143 Itokawa. Knowledge of mass movement processes on Earth has been used to inform interpretation of geomorphic features identified on these surfaces, and comparisons are much debated within the planetary science community. Here specific focus is given to selected landslides on Mars, Venus, and on the moon of Io orbiting Jupiter, because they all have characteristics of long-runout landslides, but have been triggered and emplaced in very different environments. With the availability of data from planets, moons, and asteroids and the increasing sophistication of analysis that can be undertaken, observations, interpretations, and explanations of mass-movement features on these bodies will increasingly inform our understanding of landslide triggering and emplacement on Earth. For additional information, please click here.