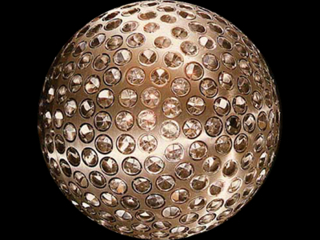 Satellite Laser Ranging (SLR) is the most accurate geodetic distance-measuring technique developed in the 60’s. The travel time of ultra short laser pulses (few picoseconds), from a ground-based system to a retroreflector-carrying spacecraft and back to the station, is measured with very high precision clocks, and after corrections for system and media propagation delays, converted to the corresponding range distance. Today these distances can be measured with an accuracy of a few millimeters for near Earth satellites all the way to the Moon surface. The first US satellite designed for such accurate measurements was the LAser GEOdynamic Satellite—LAGEOS. LAGEOS was launched on May 4, 1976, in a circular orbit with a ~110° inclination and at an altitude of 6000 km. LAGEOS-2, based on the original LAGEOS design, was built by the Italian Space Agency—ASI, and launched on October 22, 1992. The LAGEOS satellites are covered with 426 cube corner retroreflectors that reflect the incoming light back in the same direction it came from (i.e. the tracking station). Using the ranges from several stations on Earth collected over time, we can compute very accurate trajectories for the spacecraft, a set of accurate station positions and velocities, and simultaneously improve numerous geophysical model parameters of interest to scientists. To celebrate 40 years of "operations," tracking, and science, Goddard’s Space Geodesy Project held an event on May 11 at NASA GSFC to recognize the tremendous amount of science supported by LAGEOS and its contribution to scientific research. The event was held at NASA GSFC in Building 34, Room W150 starting at 2:00 pm. Invited talks given between 2:00 and 4:00 pm, followed by a social hour. The speakers were: David Smith was the project scientist for the LAGEOS mission. Mike Fitzmaurice was the lead of the ground team for optical testing. Michael Pearlman is the Int. Laser Ranging Service (ILRS) Central Bureau Director. Erricos C. Pavlis from JCET/UMBC did his PhD thesis with LAGEOS data and he is currently the Chairman of the ILRS Analysis Group. Frank Lemoine is a Goddard geophysicist using LAGEOS data in scientific investigations and precise orbit determination. There were a number of LAGEOS items on display, including the LAGEOS test sector and a replica of the Carl Sagan designed plaque, two copies of which are embedded in the actual spacecraft in case it is ever recovered by future Earth inhabitants (LAGEOS’ orbit lifetime is roughly 10 million years!).

The talks were webcast live and a video is available for view by those who missed the event (see below).

NASA web feature on the celebration:

NASA video of the event available at: