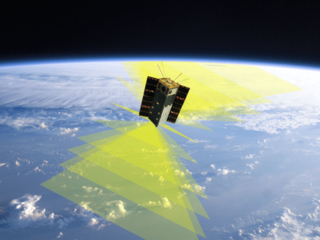 Tiny satellites, some smaller than a shoe box, are currently orbiting around 200 miles above Earth, collecting data about our planet and the universe. It’s not just their small stature but also their accompanying smaller cost that sets them apart from the bigger commercial satellites that beam phone calls and GPS signals around the world, for instance. These SmallSats are poised to change the way we do science from space. Their cheaper price tag means we can launch more of them, allowing for constellations of simultaneous measurements from different viewing locations multiple times a day – a bounty of data which would be cost-prohibitive with traditional, larger platforms.